Home BlogFacebook Live and the End of Television 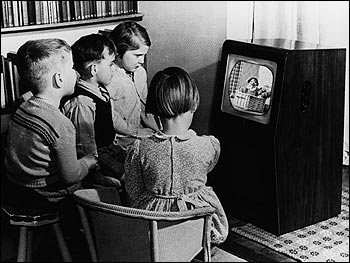 An anchor sits at a desk on the floor of the New York Stock Exchange, talking with guests about the future of Facebook. The cameras pan and switch between shots, broadcasting in an eye-pleasing wide frame.

It would be easy to mistake the broadcast for a CNBC TV show, except for the big piece of cheese sitting on the middle of the desk. This is Cheddar, the first startup betting on Facebook’s embrace of live video as the next big thing.

Cheddar was founded by Jon Steinberg, who previously served as chief operating officer and president of BuzzFeed. It’s a business-focused, video-first media operation that broadcasts live five days a week for up to an hour. It plans to expand to eight hours a day by the end of the year.

Its content will appear on platforms aside from Facebook, but it’s clear Steinberg sees the social network, and particularly its Live platform, as the beginning of the end of TV.

“It’s going to replace live television,” Steinberg said. “I think it’s the opportunity of a lifetime for new entrants.”

Steinberg admits that might be a bit optimistic, but he has a point. It’s tough to find anybody who is willing to bet that Facebook Live definitely won’t be the wave of the future in media — particularly after a week in which CEO Mark Zuckerberg made it a centerpiece of this week’s big developer conference.

Then again, just about anything Facebook wants to do could change the media world.

And the rest of the media world is maybe kinda over it.

Facebook [fill in the blank] could change the entire media industry.

First Facebook pushed publishers to embrace branded pages and social reader apps. Later came an emphasis on visuals. More recently, it was all about Instant Articles and in-feed (but mostly soundless) video.

Nobody doubts the power of Facebook as a kingmaker. Its audience — and, perhaps more importantly, its willingness to control what that audience is shown — are unmatched. Zuckerberg could wake up one day and decide that interpretive dance was the way of the future, and media companies would have to at least give it a try.

So when he took the stage at Facebook’s F8 conference this week to announce that Live was not only a priority, but now completely open to any live video (hint: make it prettier), it was received with a mixture of cautious optimism and hard-earned weariness. You could almost hear the media companies respond in unison with: Sure, why not.

In conversations with a variety of media executives, the message was relatively uniform: Yes, we are investing in this, but we really hope that there’s a plan.

“Overall I think we’re really looking forward to Facebook articulating the monetization plans just so we as publishers can plan how to invest on the platform,” said Sarah Iooss, senior vice president of business development at Viacom.

Concerns about monetizing Facebook go beyond Live. The allure of Facebook’s massive reach helped boost companies like BuzzFeed — and yes, Mashable — and convince investors that their brands would soon supplant the old guard as the media titans of tomorrow.

That might still be true, but Facebook’s sluggishness to figure out how to help media companies make money in the near term has deflated expectations. In a quote that could be applied to most of the digital media industry, one source told Re/code about BuzzFeed: “They’re driving in the dark at 60 miles an hour, without headlights…but that’s still better than standing still.”

Facebook has provided some light at the end of that dark tunnel. Media executives who spoke to us on background said their own interactions with Facebook had indicated that Live would indeed have a payoff.

Facebook declined a request for an interview, but it noted in a statement that the company will “be working closely with these partners to learn from them how we can build the best Facebook Live experience and explore with them potential monetization models.”

One source at Facebook who agreed to speak on the condition on anonymity said the goal was to quickly monetize Live, with its willingness to pay some producers, including Mashable, BuzzFeed and the New York Times, an indication of Facebook’s priorities.

Facebook won’t pay media companies forever, but it’s a small taste of what could be on the way.

Penny for your live stream?

To be clear: Every major media organization you can think of has already done a Facebook Live video, and most of them are planning to do a lot more.

What will they look like? To start, most TV companies seem to want to avoid doing TV.

“We are not doing CNN TV on Facebook,” said Andrew Morse, general manager of CNN Digital Worldwide. “I think it’s an interesting opportunity, but I don’t look at it as an opportunity to do broadcast television.”

Fine, it’s not TV, but it’s pretty close. Fusion launched a broadcast-quality program on Facebook, “The Chris Gethard Show.” E! has announced a daily talk show. And CNN has a handful of shows in the pipeline.

As for what’s been popular online, the first truly viral hit came from BuzzFeed with its already infamous watermelon video. The stream received more than a 750,000 concurrent viewers and now has more than 10 million total views.

For all the frustration over Facebook once against moving the goal posts, there are some indications that this is the real deal.

“Facebook’s roots are a social network, but it aspires to be a full-blown media and communications company.”
For one, Zuckerberg himself is said to have placed the highest priority on the project, having reportedly been “obsessed” with building it out.

“Facebook’s roots are a social network, but it aspires to be a full-blown media and communications company,” Liu said.

“Currently, they have the community, publishers, and ad content. If they want to challenge the TV industry, they would need to successfully incorporate original programming, network programming, and major live events… and marry that programming with their user community.”

That community is key to making the Facebook Live experience better than regular TV.

Right now, Live is just video that shows up in your news feed, but some see the potential for more.

Jigar Mehta, vice president of digital operations for Fusion, noted that Facebook has developed a habit of spinning off successful product.

As for Steinberg and Cheddar, he said watching Facebook Live develop has been like seeing a highway built in front of him as Cheddar was on the production line.

With Facebook Live, he sees a focusing of the tremendous power that the social network has to level the playing field. He’s already attracting thousands of concurrent viewers, hundreds of comments and plenty of prominent guests who are eager and willing to appear on his not-quite-TV show. And it’s just week one.

This is only the start of how Facebook is going to change TV and how people consume live video — as long as it still wants to.

“Nobody’s going to have a cable box, and you’re going to watch on-demand programming and that’s going to be Cheddar,” he said. “Why wouldn’t it be?”