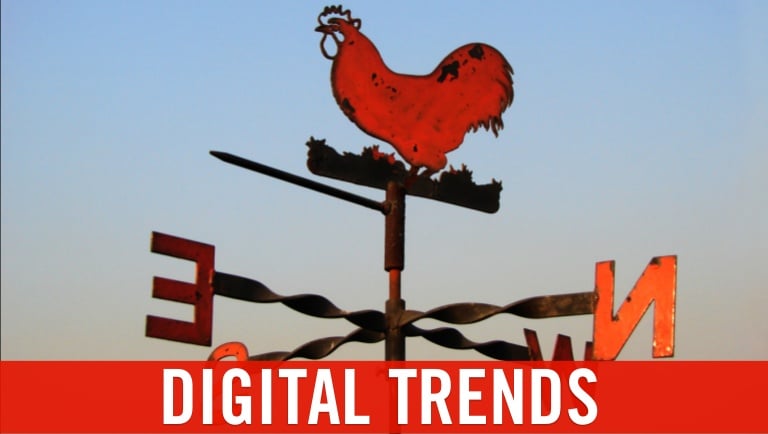 Lists: I love them. Especially at this time of year. So here is one of the many lists I’ve written in anticipation of 2016. This one is for when a client asks me, “what’s going to happen in digital?”. Steal liberally!

1. Tech grows up. 2016 will be the year the tech industry is dragged kicking and screaming into the real world. Over the past few years, the industry has transitioned from a relatively minor part of the economy outside of California, into the primary driver of growth in a bunch of advanced economies.

Both courts and customers will force Uber, Handy and every other sharing platform you can think of to begin treating their employees like, well, employees. With regular income, health insurance, notice periods and everything else we have the right to expect from our employers. Pressure is mounting on both the left and the right of the political spectrum, and public support is beginning to sour was people reappraise these multi-billion-dollar tech giants as Goliath versus David — not the other way around.

Have you ever had an Uber driver complain to you about Uber? No? You will next year.

2. Workplaces will change. The trends currently playing out in the tech industry — unlimited vacation, shorter working days, no appraisals and work wherever you like — will creep into ot,her high-skill industries as the war for talent intensifies alongside higher economic growth.

Expect the physical manifestations of work: offices, conference rooms and business hotels to fundamentally change along with workplace behaviours.

(That said, I shouldn’t hold your breath for management to disappear. Reports of their demise have been greatly exaggerated.)

3. Microsoft is back. Now Apple has moved from being a challenger brand to become the new mainstream, hipsters who once worshipped at the house of Jobs are turning their backs in droves. Where will they go?

It turns out that during all these years, when Apple obsessively focused their energy on secrecy and voodoo magic, Microsoft just had teams of people away from the San Francisco bubble who were building really good computers. Huh. Who would have thought? When you touch a Surface Book, you’ll understand. It’s the feeling when you touched an iPhone for the first time, all over again.

“Our belief was that if we kept putting great products in front of customers, they would continue to open their wallets.” Steve Jobs might have said it, but now Microsoft is the one doing it.

4. Estate agents become a relic. This one might have a slight London bias, given the real estate obsession we have in my home city, but the trend will emerge across all markets. If you think about it, it’s almost staggering that online estate agents haven’t taken over the industry by now. It’s an industry ripe for digital transformation: high transaction margins, relatively basic yet people intensive processes, and a business model that everyone in the transaction despises — both buyers and sellers.

Imagine all that wonderful high street retail space that will become available when we finally get rid of them.

5. Self driving cars will transform the urban streetscape. It’s been on the cusp of happening for so long, it’s almost become a cliché to talk about it. But self-driving cars are no longer just on wide American highways, they are being tested on the narrow, tight streets of London. It won’t be long before you are in one.

Just think how the streetscape will change. Cars will drive closer together, fewer vehicles will be needed and the streets will empty. Those vintage 1900s photos you see of a city free of traffic? They’re about to come back to life.

How to Make an Unforgettable First Impression

How to Keep Mobile Shoppers Loyal